A version of this paper has previously appeared in The Conversation.

The main shift in the Government’s position appears to be recognition that strata communities need more tools to manage short term rental accommodation in all its forms. 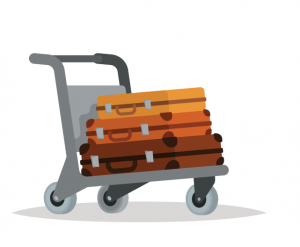 It appears likely that that the “options” will involve amendments to planning laws.

Over the last five years Australian cities have witnessed a massive boom in apartment building, coinciding with an explosion of online holiday rental listings vial platforms such as Stayz and Airbnb. This has created a perfect storm.

Rising complaints about tourists in residential apartments and homes prompted a NSW Parliamentary Inquiry into the Adequacy of Regulation of short Term Holiday Letting (1). Since the Inquiry concluded in mid 2016, Sydney’s Airbnb listings alone have grown from around 15,648 in January 2016 (2), to reach a total of 24,038 homes by April 2017 (3). Over approximately the same time, 24,469 new apartments were completed in Sydney (4). These figures are not connected, but highlight the changing ways that homes are being designed, financed and used in high density urban and suburban settings.

The proliferation of online holiday rentals in particular have not been planned for, as highlighted by the NSW Parliamentary report which found current planning regulations “fragmented and confusing”. Short term rental accommodation is not defined under NSW planning legislation, and the legality of a range of “home-sharing” practices now enabled by online platforms such as Airbnb remains unclear.

In addition to traditional short term holiday lettings (whole dwellings which are solely reserved for holiday accommodation), online platforms allow the listing of primary residences when occupants themselves are travelling, as well as rooms, and shared rooms.

The permanent or frequent letting of whole homes is regarded to be most problematic, but holiday rentals have long operated in coastal towns and in tourism regions, typically without the need for special planning approval. The sudden appearance of tourists in urban and suburban buildings and neighbourhoods, particularly in inner Sydney and Melbourne, has attracted
particular public attention.

Echoing concerns in high density cities of Europe and North America, residents complain that tourists generate increased noise, rubbish, traffic and parking congestion and are prone to loud and drunken behaviour. There is also wider disquiet about the increasing presence of visitors, an intangible transformation of local neighbourhoods. This impalpable change— described by some scholars as tourist-driven gentrification, arises when permanent homes are converted and residents displaced by holiday accommodation.

The conversion of permanent rental housing supply to short term accommodation has been endemic in New York, London, Berlin, Barcelona, San Francisco and Vancouver. In these cities governments have cracked down heavily on Airbnb and other online platforms to prevent affordable and rent controlled units in particular from being used for holiday accommodation. We don’t have nearly as much affordable housing to protect in Sydney, although the sell off and subsequent listing on Airbnb of former public housing in Millers Point was particularly poignant.

Our own analysis shows that general pressure on already tight rental vacancy rates in high demand suburbs of inner Sydney will be exacerbated if online holiday listings of whole homes continue to grow (5). Our study found that in central Sydney frequently available Airbnb homes amount to around one and a half times the rental vacancy rate (the proportion of rentals available for local households to rent at any one time), and nearly four times the number of rental vacancies in the Waverly Council area, which includes Bondi.

In a city trying to beat its affordability crisis by building new supply, it seems counterproductive to be leaking existing or new housing stock into the holiday rental market. But rather than launch a New York style crack down, the NSW Government has opted to tread lightly for now. The NSW Government’s long awaited response to the Parliamentary Inquiry has promised “broad consultation” involving industry and the community. This consultation, supported by an “options paper” will identify “appropriate regulations” that enable the sector to “continue to flourish and innovate whilst ensuring the amenity and safety of users and the wider community are protected”.

It appears likely that the “options” will involve amendments to planning laws to clarify that principle residences can be rented for up to a specified number of days without the need for further planning approval, and that short-term letting of rooms where hosts remain present will also be permitted. Short term letting of empty houses (i.e. homes which would otherwise be vacant) may also be permitted with no or minimal need for planning approval, subject to “impact thresholds”.

The main shift in the Government’s position appears to be recognition that strata communities need more tools to manage short term rental accommodation in all its forms. The cautious approach may also reflect the fact that internationally, attempts to regulate online holiday rentals have had limited success. Despite New York’s ban on short term holiday rentals, which now extends to the advertisement of these properties, Airbnb listings in that city have continued to grow.

However, in some cities, and usually following legal action, Airbnb has agreed to help implement local rules, for instance, by collecting and remitting applicable tourist taxes, or by blocking bookings once a threshold is reached. Such an arrangement has been introduced in London, where Airbnb has established a “day counter” which automatically restricts bookings beyond a 90 day calendar year threshold, unless the host has obtained planning permission to operate a holiday rental property.

It is too early to know whether this action will operate to curb London’s growing conversion of permanent rental accommodation to tourist accommodation or simply result in landlords turning to other online platforms (such as homefromhome.co.uk), but the intervention represents an important first step.

The NSW Parliamentary Inquiry and Government response also anticipate greater use of voluntary and industry codes of practice as well as market based forms of regulation (for instance, where users rate each other). Airbnb itself is piloting a “Friendly Building Program” in the US, where owners’ corporations are able to take a percentage of income from Airbnb bookings and set specific policies (such as blackout dates).

Market based regulations and voluntary codes may be feasible in a sector which is highly conscious of branding and public image. The NSW Government’s default position appears to rely on existing local government powers to act in relation to noise or other complaints, while potentially empowering strata communities to set and enforce their own rules.

However, these individualized and market-based approaches may undermine strategic planning strategies designed to cluster tourist accommodation near facilities, services, and attractions. Nor do such approaches address the potential impacts of short-term rentals on the availability and cost of permanent rental housing. The NSW Government hasn’t said much about housing affordability, promising only to monitor the issue with reference to national visitor survey data which record accommodation trends.

In a country and city gripped by a crisis in affordable housing supply, the omission of any concrete commitment to defend permanent rental housing from conversion to holiday accommodation, and indeed to protect renters themselves from sudden eviction, at least in high demand urban locations in and around Sydney, is a key concern. It would seem that regulators in NSW and many other states in Australia are out of sync with their international counterparts, who have made a clear distinction between
home sharing and the loss of rental supply from their permanent rental
markets.